Chiyoda recognizes that operating in a manner that earns the trust and loyalty of shareholders, customers, vendors, creditors, employees, communities, and other stakeholders is the very foundation of our activities. As we strive to achieve sustained growth over the medium to longer term, the key intentions that we are endeavoring to put into practice are: continuously strengthening our business base, our efforts to ensure sound and transparent management, continuously strengthening corporate governance, and building and strengthening internal controls.

Based on this change, Chiyoda now operates a system under which the Directors who are Audit & Supervisory Committee Members have voting rights to be exercised at the Board of Directors’ meetings and are involved in the nomination of Representative Directors and decision-making on overall business execution (excluding decision-making responsibilities delegated to the Directors).


●Chiyoda has appointed four Outside Directors to ensure that its management monitoring function is conducted from an objective and neutral standpoint.

●Chiyoda has enhanced objectivity and transparency and ensured the appropriateness of its processes for appointing and determining the remuneration of Directors through the participation of Independent Outside Directors and Full-Time Audit & Supervisory Committee Members in their decision-making, fulfilling a similar role to that of a voluntary nomination and remuneration committee. 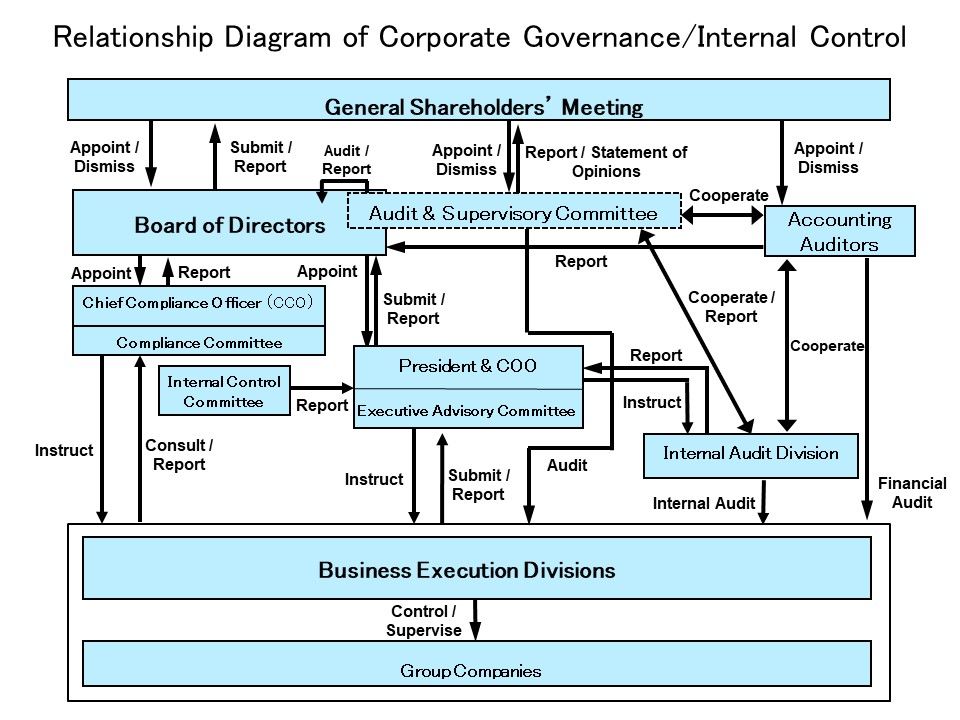 As of fiscal 2021, Chiyoda’s Board of Directors is composed of eight Directors and three Directors who are Audit & Supervisory Committee Members. Through the combination of Outside Directors with experience in their respective fields of expertise and Directors with specialized skills and knowledge in the areas of corporate planning, human resources and corporate affairs, finance & accounting, sales, technology & engineering, legal affairs and project operations, the Board of Directors ensures diversity and balance of knowledge, experience, and ability.

• 11 Directors, including those who are Audit & Supervisory Committee Members. The Board meeting is held on a monthly basis.

• Important management matters are determined and business execution is monitored. Appropriate decision-making and management supervision is ensured based on the objective and neutral perspectives of the Outside Directors.

• Matters to be decided include management plans, important matters regarding the organization’s human resources, and major investments and loans.

• Three members (one full time) consisting of two independent officers and one member who has extensive insight into finance and accounting.

• The Committee conducts audits on the overall business execution of Directors.

• To strengthen its auditing activities, a dedicated staff member has been assigned to assist the Audit & Supervisory Committee with its duties.

The Chiyoda Group constantly conducts self-assessments of existing internal control functions and reinforces internal control systems. In addition, the Company has established the Internal Audit Department as an autonomous unit to perform evaluations. Chiyoda has a system in place for auditing the development and operation of a suitable overall internal control framework and constituent components, and for submitting reports to the Executive Committee.