It is well known that LNG is heated from -160°C to over 0°C by sea water or air in LNG terminal. The exchaged energy is referred to as cold energy. LNG cryogenic power generation makes use of this cold energy of LNG. Electric power can be generated by direct expansion of the vaporized LNG or expansion of an intermediate fluid using a Rankine cycle.

General facility (Rankine cycle) of this system is explained in the scheme below. The liquefied power generation medium by means of LNG is pressurized with pump and subsequently gasified by being heated up with heat exchanger to produce high pressure gas. The depressurization of high pressure gas utilizing power generation equipment called Expander generates electric power. Resulting low pressure gas repeats the same process to produce electric power continuously.

We have many experiences to deliver facilities in which mixed medium enables highly efficient use of cryogenic energy. In addition, we have patented complex power generation system employing exhaust of gas engine as a heat source domestically and internationally. Thus, we willingly meet your requests based on our project experiences in the field of power generation system which becomes more complex for the sake of energy conservation in terminal. 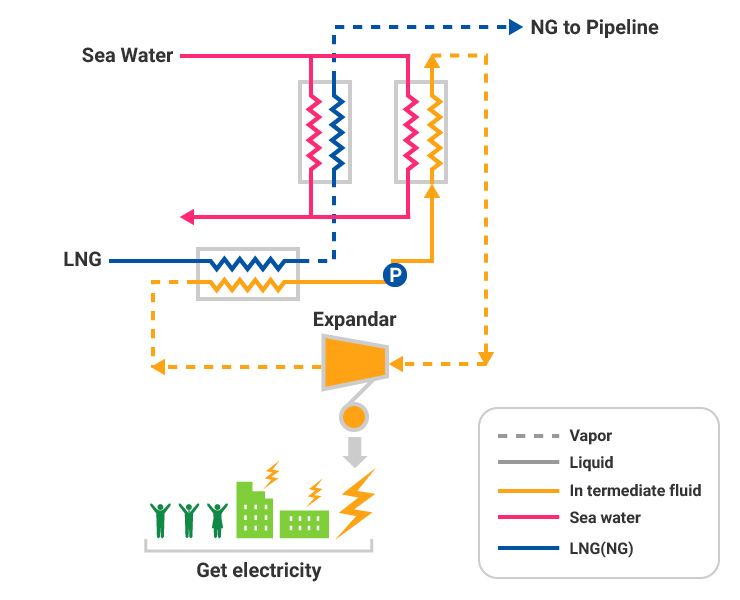