Zero Emissions Society
Can Be Realized with SPERA HydrogenTM

The Paris agreement is an international accord that aims to reduce greenhouse gas emissions to prevent global warming. The goals of this agreement are to keep the average temperature rise of the earth lower than 2℃ from before the industrial revolution, to keep it within 1.5℃ and make global greenhouse gas emission practically zero in the second half of the 21st century. Japanese government aims to achieve carbon neutrality by 2050. Under this policy, shifting electric power generation from fossil fuels such as coal, petroleum and natural gas to renewable energy sources is required.

However, electric power production via renewable energy is unreliable; there are challenges to producing enough energy for all the times that it is needed. When the use of solar and wind power generation whose output can fluctuate greatly due to weather, increases, it will be necessary to store surplus electric power for times when the weather prevents sufficient power generation.

Currently, the shortfall is covered by fossil fuel-based thermal power generation, but hydrogen is attracting attention as an energy source, as a replacement for fossil fuel. Hydrogen, when used as a fuel, generates no CO2. From the viewpoint of reducing the environmental burden, hydrogen is an ideal fuel, but it is not been clear how hydrogen fuel will be developed, that is, how it will be produced, stored and transported. Currently, various institutions and companies are developing higher-efficiency, safer production, and storage and transport technology. These technologies to make it safe for energy production are advancing. 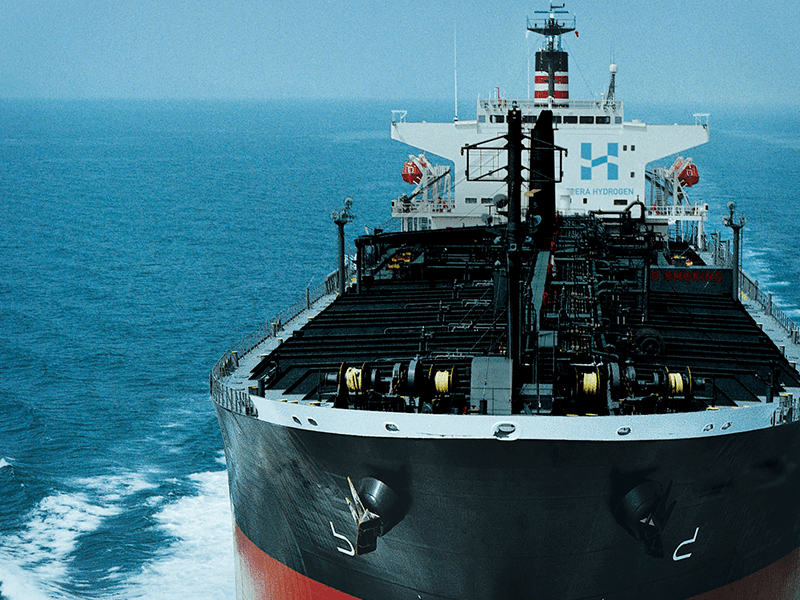 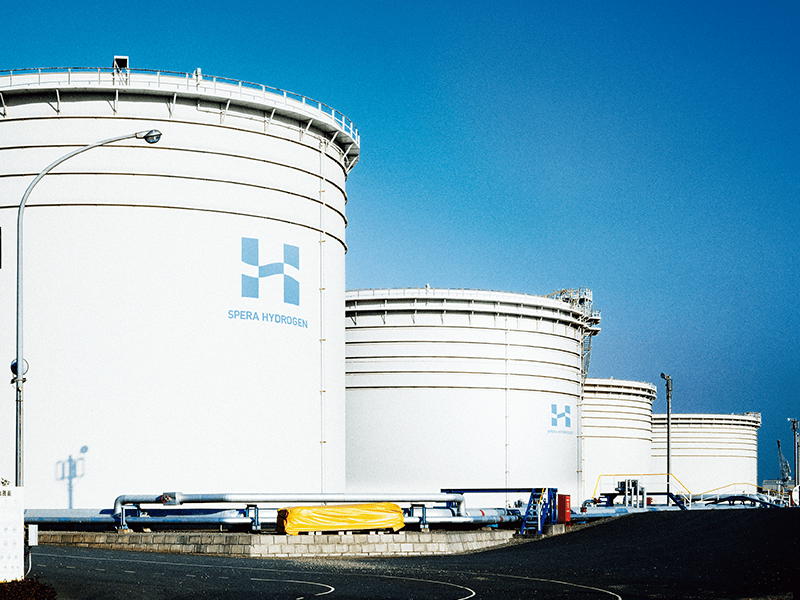 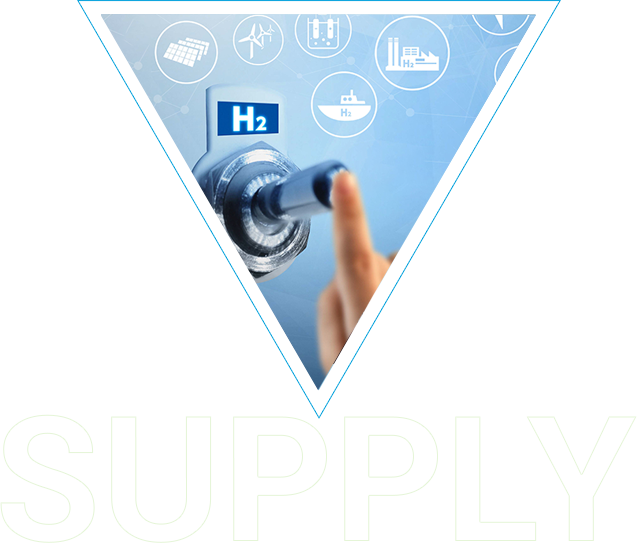 Chiyoda, which commenced R&D into a high performance dehydrating catalyst in 2002, successfully developed one capable of obtaining hydrogen from methylcyclohexane (MCH) in 2011, which can be used for commercial purposes. As a result, it became possible to transport a large amount of hydrogen safely and easily, one of the main challenges in utilizing hydrogen. With these transport and dehydrogenation breakthroughs, Chiyoda has enabled the building of a hydrogen supply chain.

“By causing a chemical reaction between toluene and hydrogen, methylcyclohexane (MCH) is formed, and this liquid reduces the hydrogen to about 1/500th the volume of gaseous hydrogen. This makes it possible to transport large volumes of hydrogen at ambient temperature and normal pressure. We call this MCH “SPERA Hydrogen”. Spera is a Latin word meaning to hope.

Nagai continues, “The hydrogen supply chain we are aiming to build uses 'SPERA Hydrogen' from hydrogen produced by fossil fuel or renewable energy sources in countries such as Australia and New Zealand. Hydrogen is transported safely in the form of SPERA Hydrogen (methylcyclohexane (MCH)) to Japan and other hydrogen consuming countries, where it is efficiently separated (dehydrogenated) from MCH and supplied to local power plants, hydrogen refueling stations, industrial users, distributed cogeneration and other facilities. We believe that using hydrogen derived from renewable energy sources is essential to preventing global warming and to realizing future decarbonization.” 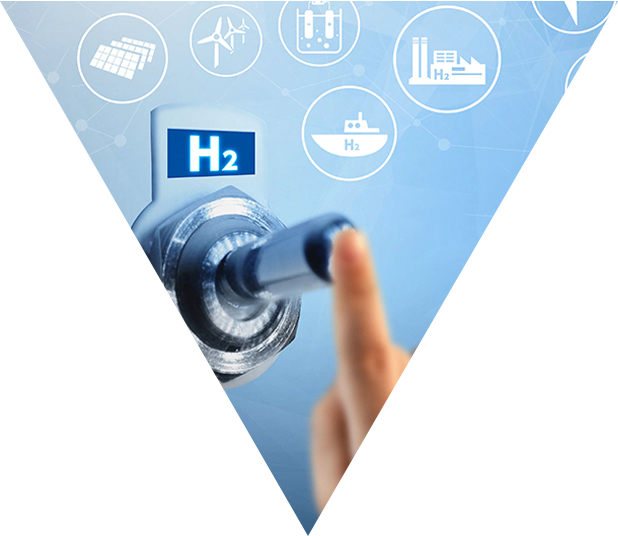 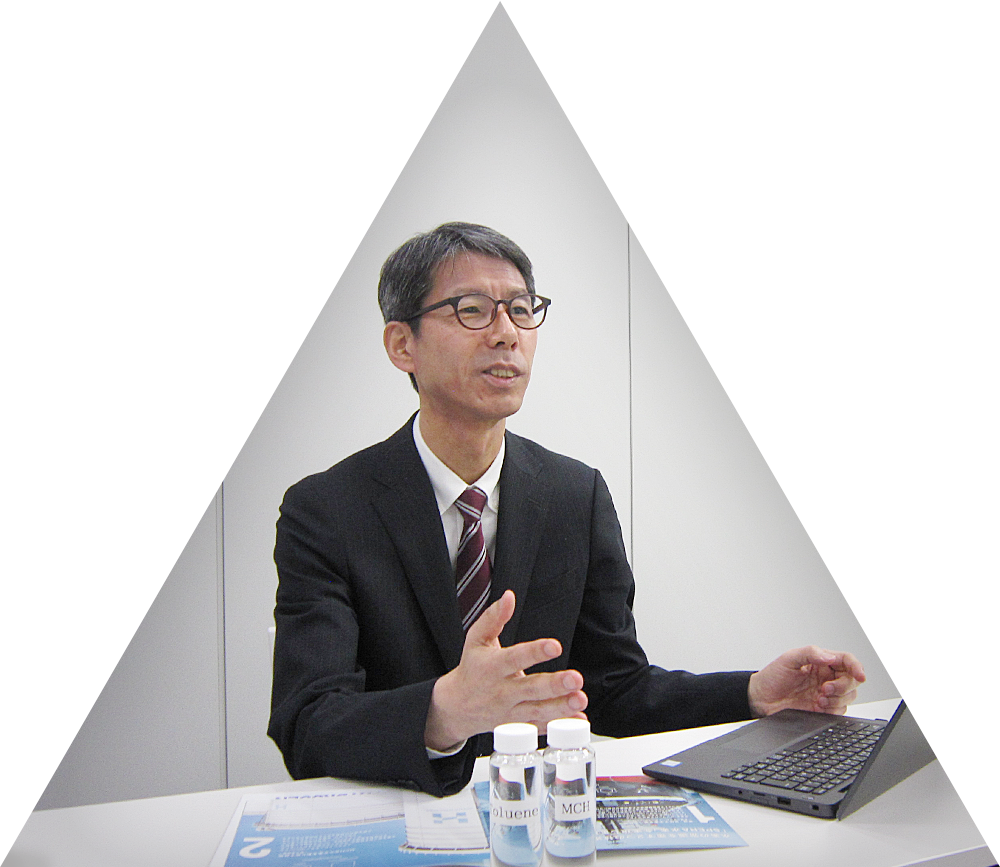 Towards Realization of “Zero Emission Society”

Chiyoda continues to support the development of social infrastructure to realize a carbon-free, hydrogen-based Society

In May, 2020, Chiyoda Corporation, a member of The Advanced Hydrogen Energy Chain Association for Technology Development (AHEAD) , announced the successful commencement of the supply of SPERA hydrogen, which was transported from overseas by sea, to the gas turbine in Mizue Thermal Power Plant in TOA OIL CO., LTD.’s Keihin Refinery, located in the Kawasaki Coastal Area in Japan. Hydrogen used for the gas turbine was separated from Methylcyclohexane (MCH)*, which had been produced in Brunei Darussalam and shipped to Japan, at our dehydrogenation plant located in the said site. Hydrogen transported by sea has been used for power generation for the first time in Japan, which marks a significant milestone towards the realization of “Hydrogen Society”.

With the aim of realizing a hydrogen society by 2050 as advocated by the Japanese government, our company will continue to actively work on this research theme towards the commercialization of hydrogen supply chain business.

* Methylcyclohexane (MCH):
A liquid produced from toluene and hydrogen, which can be handled in a liquid state at ambient temperature and pressure. It is widely used in many fields and products, a solvent for correction fluids is one of the examples.

Slide sideways to see the whole

* Arranged based on The Strategic Roadmap for Hydrogen and Fuel Cells published, 2016, by Ministry of Economy, Trade and Industry.