C4 / C5 Fractions and Its Derivatives

Using naphtha as a raw material, an ethylene plant produces highly reactive materials in C4 (BB) fractions or C5 fractions as by-products. Butadiene in the C4 fractions and isoprene in the C5 fractions in particular, are useful chemicals as they are used to produce synthetic rubber such as tires for cars. 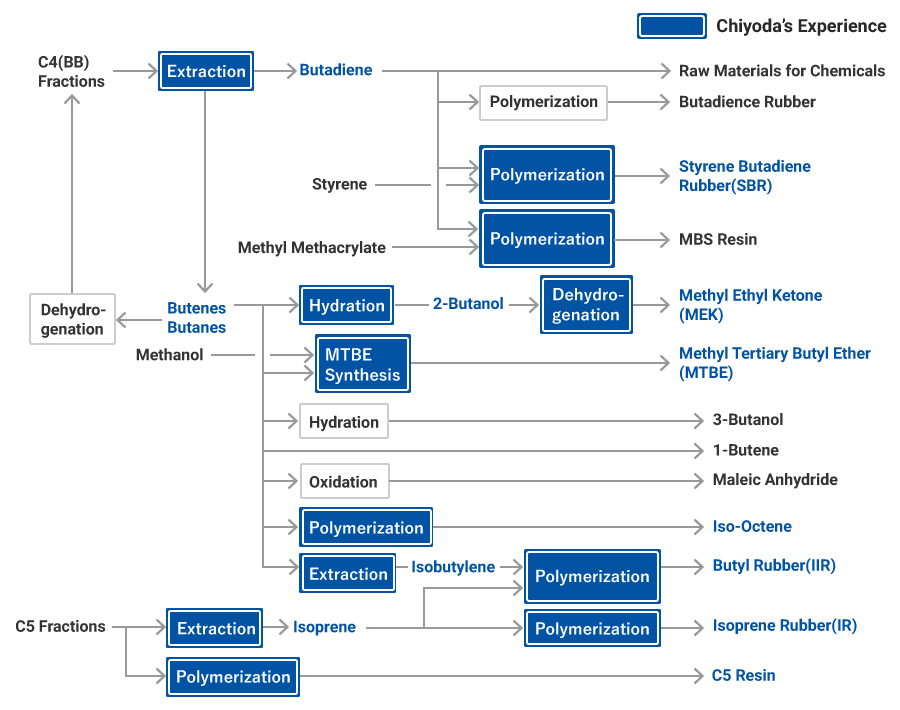 About 50% of C4 (BB) fractions produced from thermal decomposition of naphtha is butadiene, which is generally separated using a special distillation technique called extractive distillation. We have constructed a lot of plants that employ processes that use such solvents as normal methyl pyroridon (NMP) or dimethyl formaldehyde (DMF). In the latter half of the 1990s, we constructed a large MTBE plant with an annual production of more than 500,000 tons in the Middle East.