Performance of 10,000 hours of operation in Chiyoda’s demo plant

After obtaining continuous stable performance of the proprietary dehydrogenation catalyst at laboratory scale, a variety of verification tests, including catalyst life and catalyst durability tests, for commercial use were conducted spanning approximately 10,000 hours April 2013 to November 2014, at the demonstration plant at Chiyoda’s Koyasu Office & Research Park in Yokohama.
From the commercial scale demonstration tests, it has been confirmed that MCH can be hydrogenated with toluene with yields of over 99%, while hydrogen is produced from the same MCH with yields of more than 98% through the dehydrogenation process.

The satisfactory performance of the OCH (Organic Chemical Hydride) method and dehydrogenation catalyst has been assured in the demonstration, verifying their practicality and applicability. 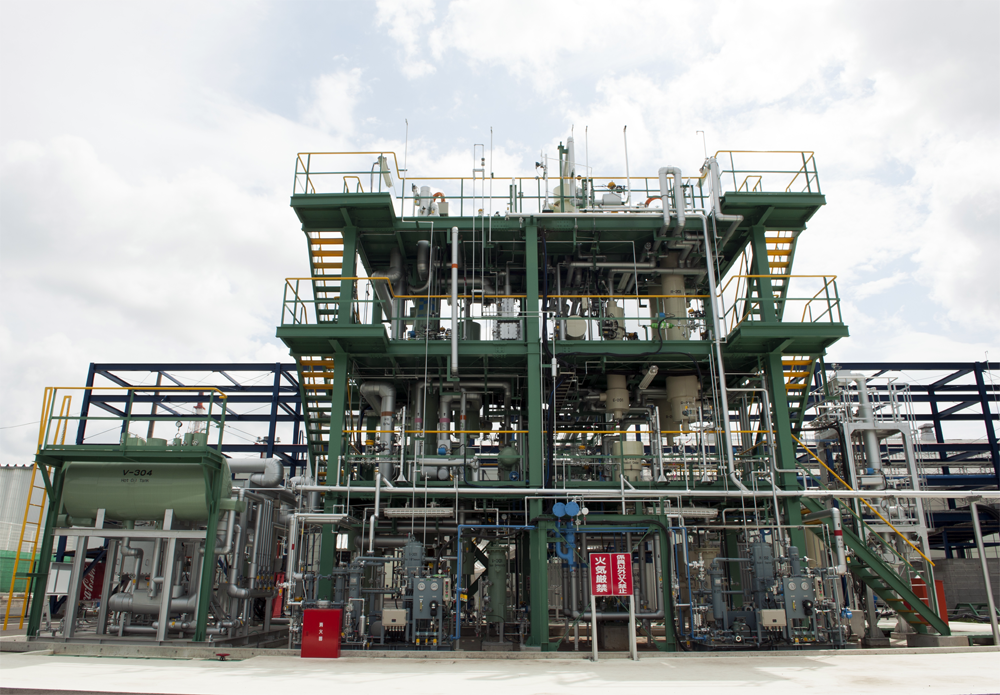