A CSP Plant produces electricity by using mirrors to concentrate sunlight onto receivers which produce steam to generate electricity.

What is "CSP (Concentrated Solar Power)"?

Traditional technologies used in a fossil-fuel power plant can be applied to the power block, which utilizes solar thermal energy instead of fossil fuel.

Thermal energy storage is one of the most attractive aspects of CSP when compared with other renewable energy resources, as it allows precise controllability and stability of electrical supply even during the hours of darkness. 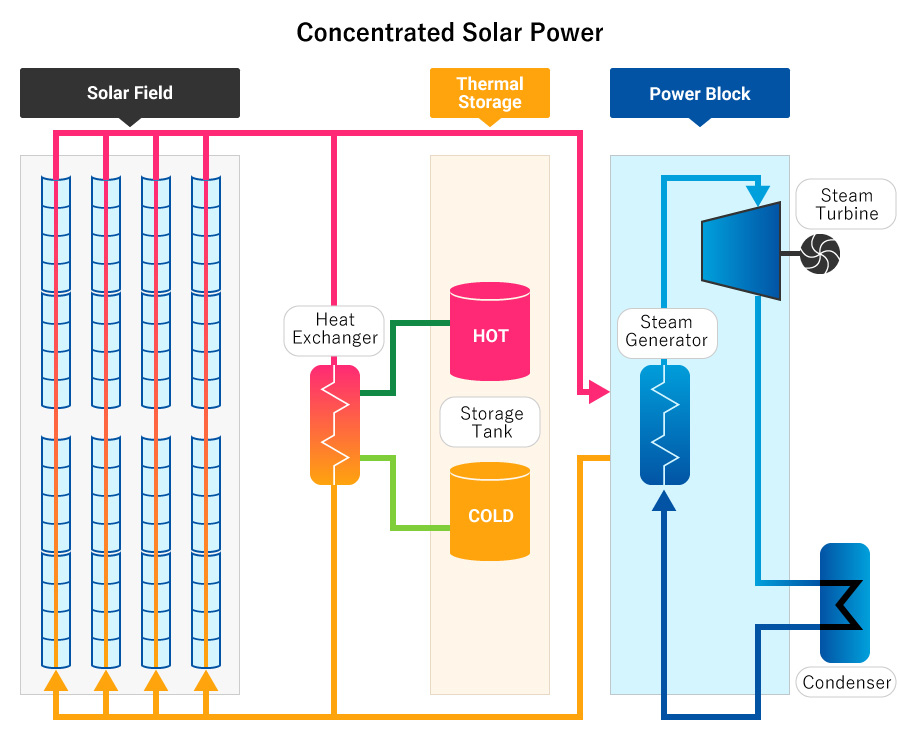 Chiyoda is promoting this new Molten Salt Parabolic Trough CSP (MSPT-CSP) technology, which can operate at temperatures of up to 550 degree Celsius by changing only the heat transfer fluid (HTF) from hot-oil to molten salt.The merits of MSPT-CSP system are: